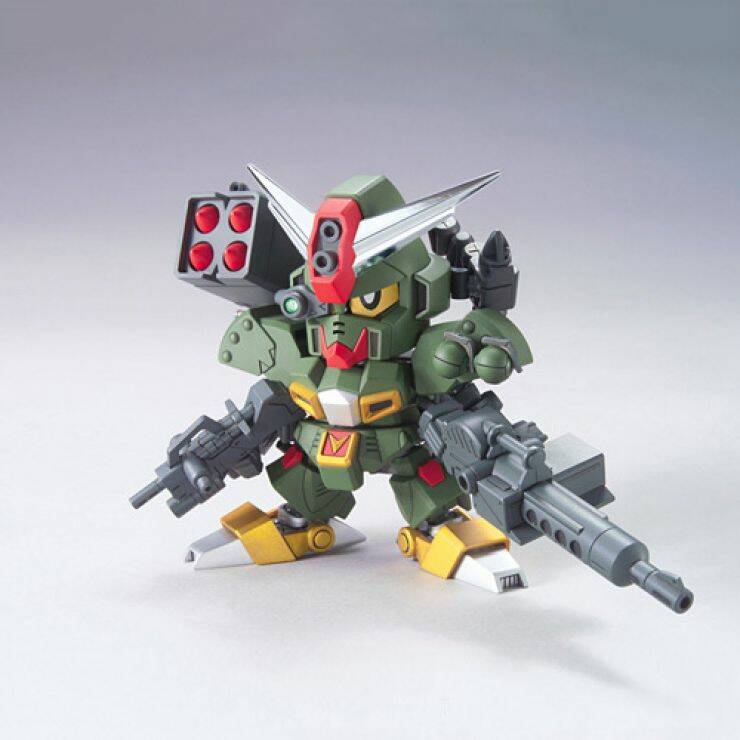 Whoa, this guy has a lot of weapons! Command Gundam joins to the Legend BB series. It Includes various arms such as a heavy autocannon, missile launcher, command knife, and frag grenades (affectionately referred to on the old listing as "pineapple balls"). It also features four different facial expressions, two of which can be put on the rotating eye plate. The weapons can be combined to create mega launcher mode. Comes with 7 runners, foil stickers, and instruction manual.