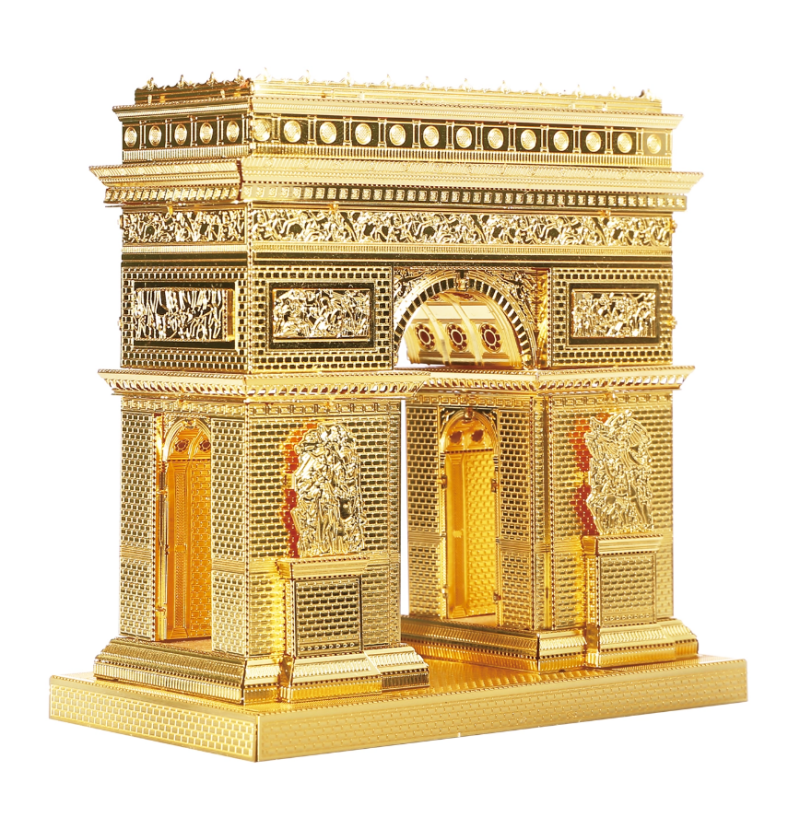 The Arc de Triomphe is located in the center of Charles de Gaulle in Paris, France. It was built in the heyday of the French Napoleon I regime. It is one of the 4 representative buildings in Paris and is under the strict protection of the French government. The Arc de Triomphe is built with stones, resembling a gate tower, with one or three arched doorways, carved with reliefs that promote the achievements of the ruler. The 12 avenues in the urban area of Paris are centered on the Arc de Triomphe, expanding to the surroundings in a magnificent manner. Build this highly detailed DIY metal model kit. Each kit contains photo-etched metal sheets containing the incredibly detailed parts.
Made in China