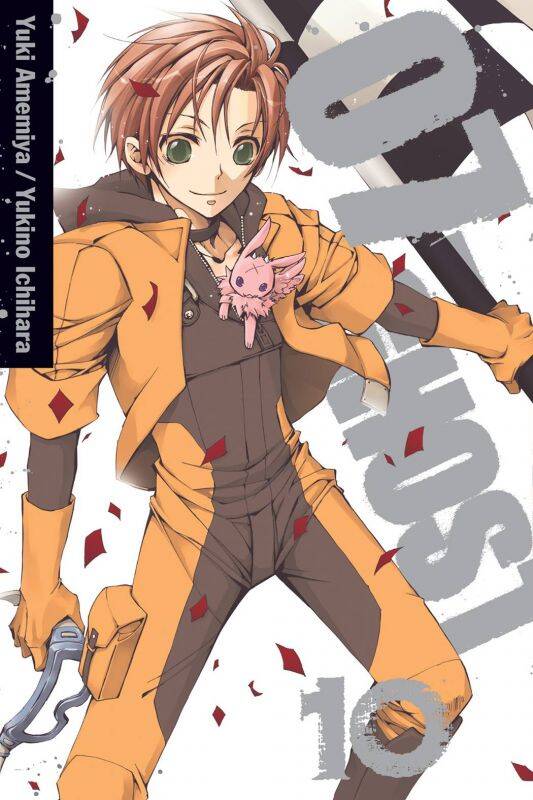 The paths of one evil god, two rival empires, three unlikely bishops and seven brave ghosts converge in the destiny of Teito Klein, a boy who vows to master a powerful artifact known as the Eye of Mikael in order to lay bare the secrets of the world's--and his own--murky past.

Reuniting Capella with his mother leads to far more intrigue than the tearful reunion Teito and Frau expected. Then, it's off to a Hawkzile Race that will sneak the duo into District 1's enemy territory undetected. But even more dangerous than the destination is the blindingly brutal course--and the growing darkness within Frau.