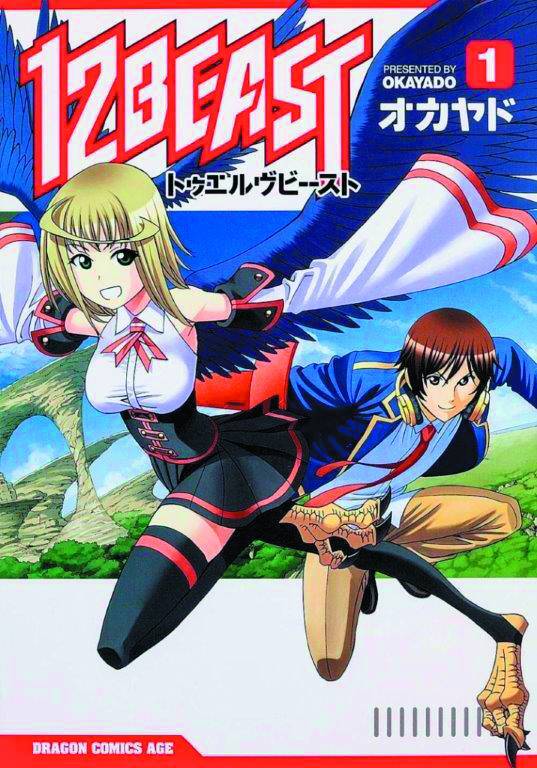 A hilarious fantasy about a high school student transported to another world, 12 Beast will delight fans of Monster Musume, as the new series incorporates Okayado's signature, sexy spin on mythological creatures and monster girls. Eita Touga, a seemingly normal high school student, is secretly the heir apparent to a distinguished line of ninja. Unfortunately for the Touga Clan, Eita has no interest in taking over the family business. More interested inthe virtual reality of video games than real life, Eita has sequestered himself to a life of digital bliss. That is until one fateful day, a mysterious harpy girl kicks in the door to his family dojo and spirits Eita away to a world full of monsters and mythological creatures. Can an unwilling slacker of a ninja like Eita help the denizens of another world stave off an invasion by a technologically-superior empire?