The Akiba: A Manga Guide to Akihabara 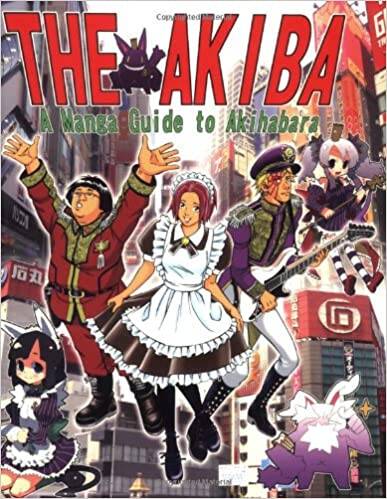 The Akihabara district (Akiba) in Tokyo, once known as the spot for discount electronics stores, has become a veritable theme park of Japanese pop culture. With shops of all kinds, gaming centers, clubs, bars, and restaurants packed into an area of just 700 square meters, the Akiba can be a
daunting place to navigate. Now, however, this clever new guidebook presents the wonderfully eccentric appeal of the district in an easy-to-understand and entertaining format--a fusion of manga and practical travel information that will prove invaluable to the foreign visitor.
Two-thirds of The Akiba is made up of a manga story in which 20-year-old Yoko searches for her boyfriend, who has gone missing in Akihabara. As Yoko winds her way through the Akiba looking for clues to Hiroshi's whereabouts, she meets up with his friend, Okada-san, and discovers the truth about
Hiroshi: he is actually an otaku (an obsessed manga and anime fan).
The remaining portion of the volume is a complete guide offering full-color photographs, detailed maps and travel information and listings of the stores and other locations mentioned in the story. Throughout the book, the reader learns about the development of Akihabara, which evolved from
Tokyo's electronics center to the place to go for personal computers, video games, animation and manga--into its most recent incarnation as the hub of street music. The book also highlights the role that Akihabara has played in the internationalization of Japanese pop culture.