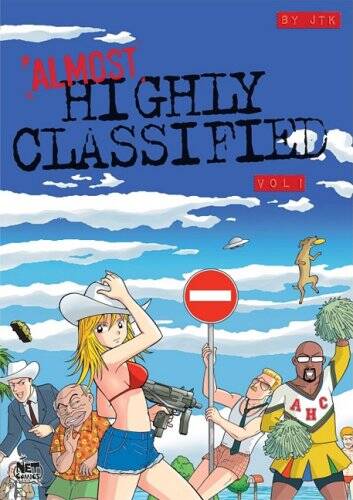 A chaotic uproar of the Almost Highly Classified Team members who settle in a remote beachside village! Tom Anjery, vice-chief of the Almost Highly Classified Team at the GIS (Global Intelligence Services), receives an order to relocate the team's office and privately operate it independent of the GIS, due to a budget reduction. The team gets a new office in a remote village, but to appropriate the operational funds on their own, they decide to hold two jobs. With his confidants, Jay Biel, Warren X, and Louis Legstrong, Tom arranges a bar on the first floor and an office on the 2nd floor of their new building and barely manages them. But their neighbors don't seem too pleased. Meanwhile, the Baywatch team that patrols the beach cast a doubtful eye at them, and the team leader Sergio Ciprani especially gets on bad terms with Tom and his team. With many problems in front of them, the Almost Highly Classified Team faces almost highly classified cases.