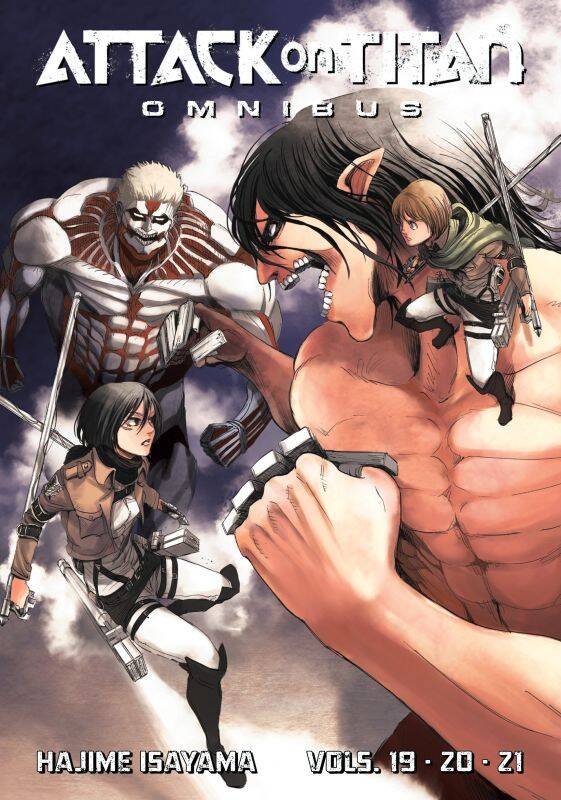 It's never been easier to attack Attack on Titan than with these new, giant-sized 3-in-1 omnibus editions! If you've been waiting for the final anime season to check out the do-or-die shonen adventure that defined a decade, now's your chance. These new books tuck almost 600 pages of manga behind a specially-embossed cover, all in a larger size than the regular version.

The Survey Corps is engaged in a desperate, final battle to retake Wall Maria and defeat the Titans once and for all. Eren must use his new powers to seal the holes created five years ago in the Shiganshina District gates, not to mention to finally reach the basement of his old home and find what secrets lie hidden there. But the most difficult part of the operation will be surviving whatever clever traps the Colossus Titan, Armored Titan, and Beast Titan have prepared for them! Now that Erwin is gambling with every last human life, who will triumph?