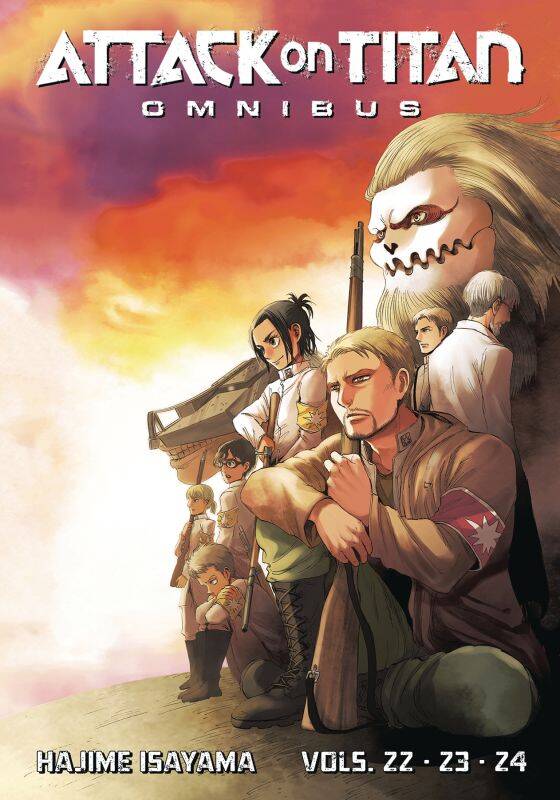 It's never been easier to attack Attack on Titan than with these new, giant-sized 3-in-1 omnibus editions! If you've been waiting for the final anime season to check out the do-or-die shonen adventure that defined a decade, now's your chance. These new books tuck almost 600 pages of manga behind a specially-embossed cover, all in a larger size than the regular version.

Despite losing countless lives in the battle against the Titans, what’s left of the Survey Corps arrives at the doorstep of Eren’s family home. There, in the basement, they find three notebooks that explain at last the origins of their walled world. In the notebooks, Eren’s father recounts a strange childhood and an even darker history: Eighteen centuries ago, one woman obtained the power of the Titans, provoking a racial conflict that ripped humanity apart. The Survey Corps realizes that they have been fumbling around in the dark…but what will they do now that they know the horrific truth?