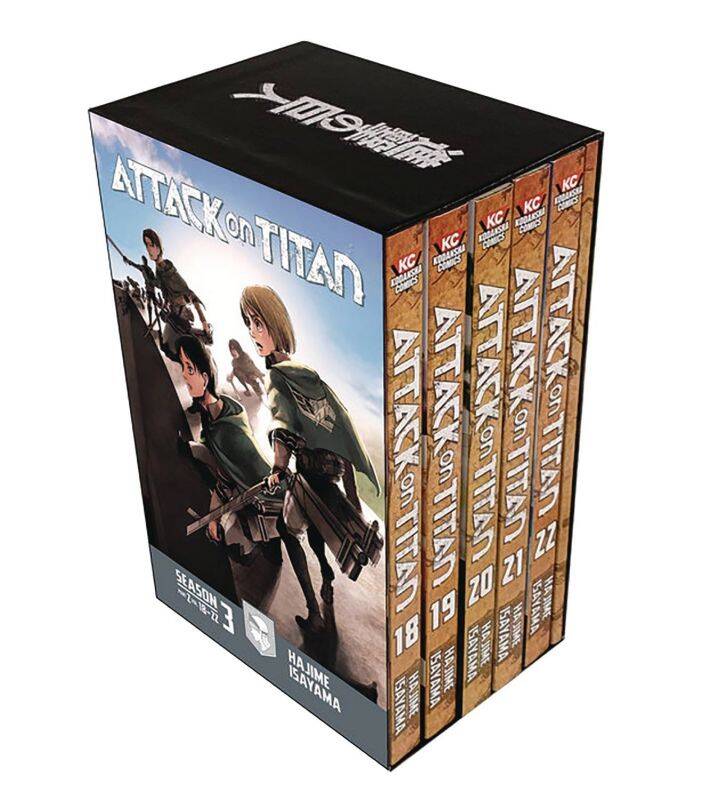 Continue your journey outside the walls with the manga that inspired the second half of season 3 of the hit anime Attack on Titan! Includes five books (Vols. 18-22), plus an exclusive book of Attack on Titan short stories never published in English! The Survey Corps has overthrown the Royal Government and swept away the tyranny of the king. The next step: Move to retake Wall Maria, with the help of a newly-discovered metallic ore and Eren's miraculous Titan hardening powers. But as humanity pulls together, its enemies also unite beyond the Walls.